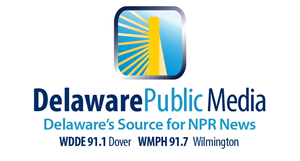 It’s Giving Tuesday, and Delaware nonprofits say cuts to state funding have left them wanting, and proposed  federal tax overhaul legislation could have an adverse effect on private charitable donations.

Giving Tuesday was created in 2012 at Manhattan’s 92nd street Y as a response to the consumerism of Black Friday and Cyber Monday.  The goal: inspire acts of charity around the world each year on the Tuesday after Thanksgiving.

Sheila Bravo is the President and CEO of the Delaware Alliance for Nonprofit Advancement. She says though the event is still fairly new, it usually brings an uptick in donations to Delaware non-profits.

“It’s fair to say that many nonprofits rely on this month of December, with the kick-off of Giving Tuesday at the end of November, to really help support their mission,” said Bravo.

Bravo adds that may mean more this year after cuts to state funding and Grant-in-Aid programs left those local nonprofits wanting.

“So many of the agencies that provide vital services to citizens here in Delaware received massive funding cuts, and their ability to do their work—it requires cash,” said Bravo.

Neither the House nor Senate bill eliminate the deduction for charitable donations, but both propose raising the standard deduction. Experts say this would cause fewer households to itemize their tax returns and look for those deductions.

Bravo says DANA and other groups estimate that could result in tens of millions of dollars less being given in Delaware each year.